Ken Pope was one of the original members of the HDD's. 'Pope-Daddy' is also the man who came up with the band's name. Ken was instrumental (no pun intended) in the band flourishing past simply a group of four guys making noise to a band that was capable of playing out in front of people. Ken is currently pursuing independent musical interests including writing original material.

Thanks for everything Ken! You'll always have a home here with the HDD's.

JK filled in on drums one night on a 'gig emergency' and blew everyone away!  JK soon joined the group full time and had a wide variety of influences on drums, guitar, and vocals.  JK has been a professional musician on and off for over 20 years.  JK brought some excellent 'artistry' to the group by broadening the song list to include more intricate acoustic songs and harmonies.  JK is currently pursuing independent musical interests including writing and recording original material.

JK... you the man! Thanks for all your contributions! 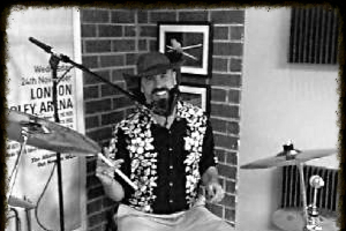 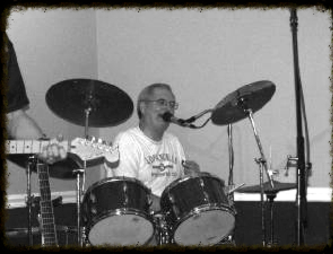 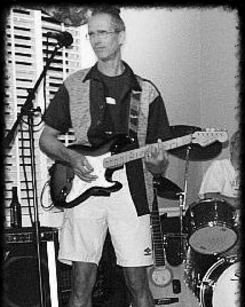 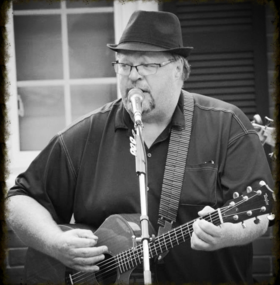 The Dogs Have Had The Pleasure To Jam With A Number Of Great Folks Over The Years.  Here Are The 'Biggies'...

Austin Pate was another of the original members of the band way back when we were playing in an empty bed room at Stu's house. Austin is a Nashville music scene veteran dating back to the late 50's! He has been a professional musician on and off over the years and has jammed with some pretty big names including once with ELVIS! Austin is currently playing with two other professional bands and even tours occasionally.

We love you Austin!

Scott "Tiny Wine" Hazen was only with the band a year or two but he made his mark!  Scott is fantastic musician who has played professionally on and off over the years both as a solo artist and in groups.  Scott almost single handedly doubled the Hang Dog Daddies song list the first day he came to jam.

Besides being a wine aficionado 8oz's at a time, Scott's creativity with his MIDI guitar abilities brought a whole host of great instrument sounds to the band.  Scott's version of Prince's Purple Rain will always be a HDD and crowd fav!

Scott, you moved to Alabama but you know you always have a home in Franklin with Hang Dog Daddies!